The NICD reports 9,203 new COVID-19 cases that have been identified in South Africa, which brings the total number of laboratory-confirmed cases to 2,796,405. This increase represents a 16.1% positivity rate. As per the National Department of Health, a further 418 COVID-19 related deaths have been reported, bringing total fatalities to 82,914to date. 16,593,467 tests have been conducted in both public and private sectors as per the table below.

THE 7-DAY MOVING AVERAGE NUMBER OF NEW CASES BY PROVINCE
The total number of cases today (n=9 203) is lower than yesterday (n=9 544) and higher than the average number of new cases per day over the 7 preceding days (n=8 776). The 7-day moving average daily number of cases has decreased. 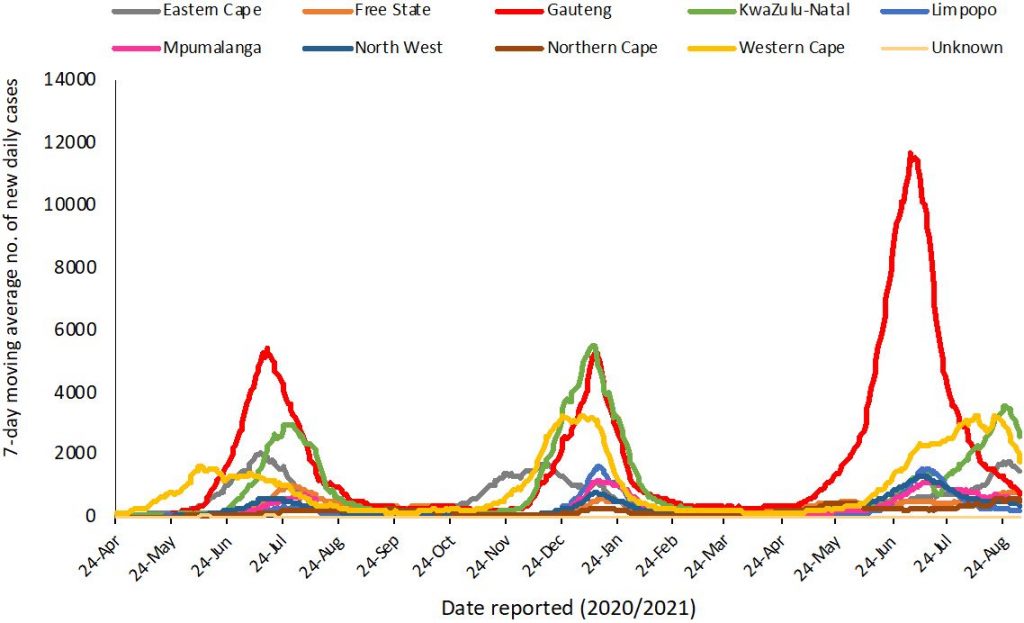 HOSPITAL ADMISSIONS
There has been an increase of 437 hospital admissions in the past 24 hours. The following table is a summary of reported COVID-19 admissions by sector.

Unemployment Crisis Not Due To Foreigners – Amnesty International

University Fee Hikes On The Cards

Namibia Not Backing Down on its Gay Laws