JOHANNESBURG – Vinolia Mashego, the actress, presenter and businesswoman who made her mark in the South African TV industry in 1980s and 1990s, has died.

Friend and fellow actor Zola Hashatsi announced that Mashego died in her sleep on Friday 3 April, but the cause of death was not revealed.

V-Mash, as Mashego was affectionately known, was a prominent actress on various Sepedi SABC dramas in the 1980s.

But it is as a presenter on music show _Jam Alley _that she is most famous for, so much so that even today, popular catchphrases such “azange bangani” she coined are still used and instantly linked to her.

Mashego fell on hard times post her departure from Jam Alley in the early 2000s. Gigs dried up and she eventually was forced to move back home to live with her parents.

A few other jobs came across her path some years later, notably a role on Mzansi Magic drama Isibaya season two and most recently, as a presenter on prank show Bheka Sikumbambile on Moja Love, which premiered in March 2020 and an appearance on SABC 2 drama Giyani.

THE GREATEST TO EVER DO IT

Before “it” girls and TV influencers were a thing, there was V-Mash.

Her humorous, off-the-cuff and unscripted personality was a hit with young and old alike and she was one of the most recognisable fashion icons, sporting over-the-top outfits and a signature blonde-dye hairstyle throughout her heydays and beyond.

Fans and media personalities have remembered her as a trailblazer in the industry. 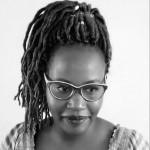 Solidarity Hopes Its Experts Are Used To Solve Eskom’s Woes

eThekwini No Longer Exempt From Loadshedding

Police Maintain Presence In Kagiso As Residents Live In fear