We may think that wealthy people have some sort of special superpower in order to accumulate the money that they have.  And yes, for some of them, they are incredibly talented – or they’ve grown up inheriting exceptional family wealth. But there are also many extremely rich people who have come from more modest backgrounds and built their wealth from scratch. How? Well, it turns out that most wealthy people have several key skills and daily habits that make their mindset quite different from the average individual. Here are six everyday habits that many of them have:

In his book “Rich Habits – The Daily Success Habits of Wealthy Individuals”, Thomas Corley spent three years studying several hundred individuals he classified as wealthy, and several hundred he classified as poor. He found that 44% of the wealthy bracket wake up around three hours before their workday to do things that set a positive tone for their day – not working or checking emails, but rather doing things like meditating, journaling or exercising. This makes sense: feeling prepared for the day can help you think more clearly and make better decisions, leading to better business success.

Statistics will tell you that waiting to win the lottery isn’t a realistic way of getting rich. In fact, wealthy people know that the only really reliable way to amass a lot of money is through persistence – even when the going gets tough. In his 2012 book “Like a Virgin,” billionaire entrepreneur Richard Branson details several instances where his businesses have failed, and how he had to pick himself up and change direction. In fact, he states that bouncing back from adversity is the number one trait of successful entrepreneurs.

It’s all very well to say that your goal is to “be wealthy”, but what does that mean specifically? Corley found that wealthy people have a very specific goal for their wealth – like selling their company for a certain amount, or accumulating a certain monetary worth within a set number of years. Having a specific goal like this can help you prioritise what you give your time to, thus streamlining your decisions. And, seeing your goal more clearly in your mind also serves as a better motivator.

In “8 Things Wealthy People Do Differently”, financial journalist Chelsea Fagan found that wealthy people see their time as valuable – so they spend it wisely. This means they’re less likely to spend it on unproductive activities like watching TV or browsing social media, and more on things like expanding their knowledge by reading. Spending their time wisely could also mean doing things that keep them healthy and energised (like exercise), or doing things that they’re passionate about (like hobbies).

Fagan found that wealthy people ask for help with things they don’t know enough about. She observed that when poorer people don’t know something, they tend to accept it and move on, while wealthy people have a group of “trusted advisors” to give them advice. This could be anything from tax and accounting advice to specialist legal or tech consulting. While the everyday person may not be able to afford (or have access to) their own specialist consultants, there are still plenty of resources you can access. Sanlam Reality, for example, offers Fedhealth members access to Wealth Sense, an online financial platform, to help them better navigate their financial affairs.

You’d think that rich people are extravagant – but the truth is often the complete opposite. Billionaire Warren Buffet is known to be exceptionally frugal: he borrowed a cot for his second child rather than buying one new, and he drove a humble Volkswagen for many years. Then there’s the story of him asking a friend to bring a six-pack of Pepsi to the Plaza Hotel where he was wooing investors of six-figure sums, so that he wouldn’t have to pay for room service. While not all wealthy people are as frugal, they do have strong control of their finances, watching their pennies with things like bank charges and professional fees, to ensure they’re paying the best price.

When it comes to building wealth – and keeping it – there’s definitely skill involved. But surprisingly, much of what it takes to do this involves adopting some fairly simple habits, and then sticking to them. The six tips above can be used by anyone who wants to improve their financial position, and build wealth for the future.

Beyond Grades: The Crucial Skills Required For Future Success

Higher Inflation: What It Means And How To Survive It

Take The Sting Out Of The Needs

Debt, Savings And Retirement – The Budget Address We Should Be Having With Ourselves 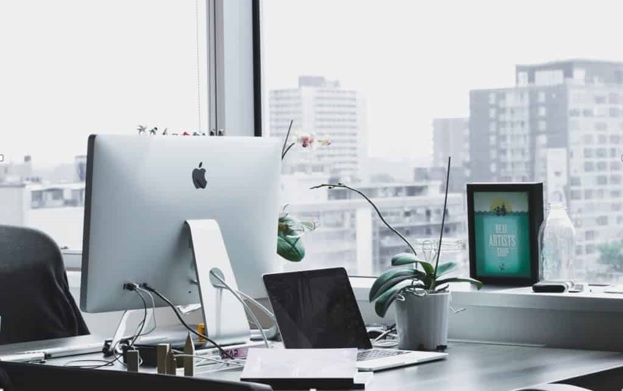